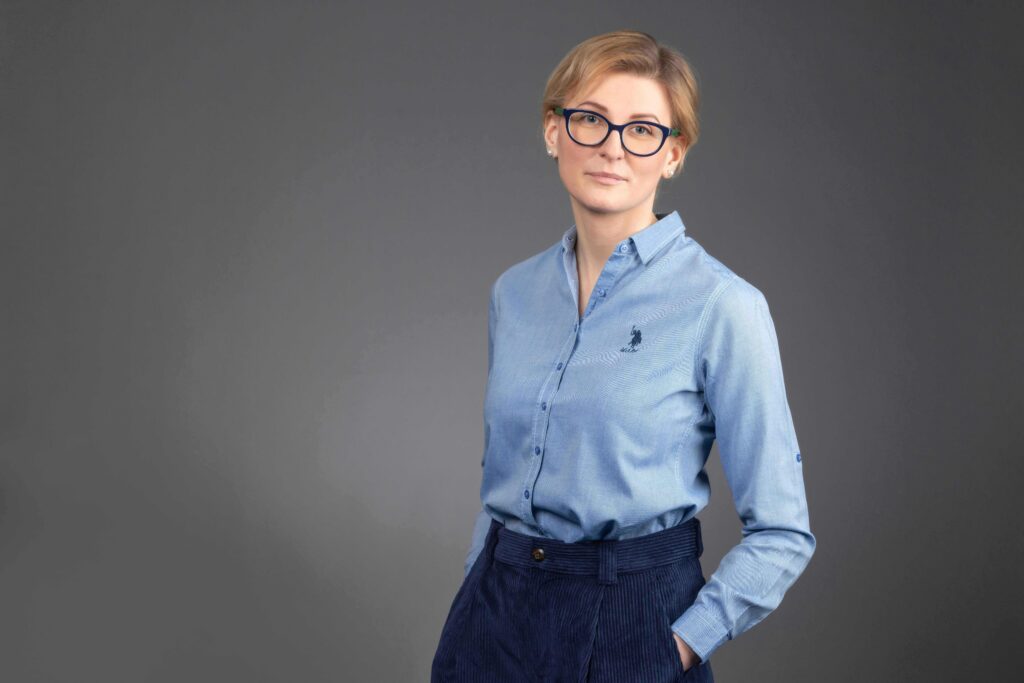 “You have to say ‘yes’ and dispel myths about the profession by personal example.”

Ferrous metallurgy in terms of implementation of new technologies and gender diversification is a much more progressive industry than it is commonly believed.

Anna Korotchenkova, Head of Research and Development at NLMK Group and also a mother of many children, in an interview with WIM Russia talks about her experience of working in male teams, R&D in metallurgy and the “duty” of women.

– Tell us where did you study and how did you enter the profession?

– At first I went to a school with a physics and mathematics focus. It was the closest to home, and my parents sent me there purely for logistical reasons. But, logically, after school I knew physics and mathematics quite well, better than other disciplines, so I went to study at the physics department of Moscow State University. After graduation, I majored in physics and went to graduate school at the Russian Academy of Sciences in the Institute of General Physics, specializing in laser optics.

During my postgraduate studies, I applied for a job at Samsung. Initially I wanted to go to Samsung headquarters in Korea as an optics engineer, but when it turned out during the interview that in addition to optics I also know other areas of physics, I was offered to stay at the Russian R&D center and be in charge of coordinating projects.

I worked at Samsung for 10 years, developing various materials – semiconductors, LEDs, thermoelectrics, fuel cells, correction of optical systems for phones, and participated in software development. In 2012, I moved to Siemens, also in the R&D division. Siemens has a slightly different profile: mechanical engineering, transport, infrastructure, automation, and digitalization. There, I was involved in computer modeling, materials science, development and design of monitoring systems for industrial facilities.

– Against this background, metallurgy seems to be a conservative industry, so how did you get into NLMK?

– Siemens and Samsung had been building their processes for years, and while I was working there, I was learning. And at NLMK, I was won over by the opportunity to build an R&D function from scratch based on best practices. Recruiting a team, building R&D centres, opening laboratories, building a portfolio of projects – it’s insanely interesting! In just a few years we have opened two large R&D centres: in Russia, in Lipetsk, where we have our main facilities, and in Belgium.

To be honest, I myself used to think: well, my God, steel and steel, the main thing is not to corrode, and so what else can be done with it? But in fact there are a lot of steels, they all have different properties, for example, steels for the automotive industry must be high-strength and flexible, in construction the strength and anti-corrosion properties are important, in the energy sector in general has its own story, there must be magnetic moment. In general, the steels are very different, and the technologies of their production are different. If you want to bring a new brand to the market, you often have to develop the technology from scratch, because the set of properties can be unique.

– The stereotypical chermette representative is more of a muscular steelworker than a frail girl.

– NLMK has strong traditions, but not stereotypes. We just have to say yes and dispel myths about the profession by personal example. Now, thanks to automation and robotization, the list of professions a woman can choose has significantly expanded.

I believe there is a gender balance at NLMK. We have many women who are in charge of things that are not at all ‘girly’. I am in charge of research and development, Vice President Irina Spitsberg is in charge of technology development, and recently Tatiana Averchenkova was appointed head of the main, Lipetsk site.

In my R&D department, girls mostly work behind microscopes in the laboratories. Such work requires attention – like crocheting – to look out for inclusions in samples, their composition. And where there are laboratory rolling mills and male power is required, there are traditionally male teams. Girls are not forbidden to work there; in fact, I have girls in my team who are involved in optimizing rolling mills, and we all go to the plants. But it is not comfortable for girls to be in the shops where it is hot all the time. So the gender balance that we see now in my division and in the company as a whole was not created artificially, it came about naturally.

Gender balance, I think, is useful. Women make decisions differently. It can be hard for men to change their minds (“the boy said, the boy did”), while women are more flexible, more adaptive, which is especially important in times of turbulence, when situational decisions are needed.

– How conformist are you in general in men’s groups?

– There were only two girls in my class at the physics school, and in the group at the physics department, too, so I got used to boys opening doors in front of me. At Samsung, there were only two women on our whole floor, too: a PhD – a chemist and me – a PhD student. I came to Siemens when I became a business direction manager. There I was also surrounded by men, experienced, with great experience, it took me time to gain the authority (especially as my “interface” is not very solid). I soon realized that as long as men do not feel your competition, they perceive you as a nice girl with whom you can chat, joke. But if men are competitive, they are very tough and they don’t see you as a woman anymore. The usual feeling that a man has to protect you goes away. It is believed that gossip and dirty stories are used in the women’s team, but in the men’s team the same arsenal of means, if not wider.

– Do you consider yourself a goal-oriented, tenacious person?

– First of all, I consider myself a person with common sense. I know how to prioritize and consistently implement what I have planned. Something may fail now, you don’t have to stop or capitulate, you have to analyze the reason for failure and try again. But persistently beating my head against the concrete wall (even with a helmet on) I will not, I will wait or create the right moment to achieve the desired result with minimal losses. This also applies to personal relationships – you have to be able to let go. Don’t cling to the past, look forward and believe in the best. I have not given up on any of my dreams in my life, just postponed the realization of some of them to a later date.

– Anna, you not only hold an executive position in a large holding company, but you also raise three children. How do you manage to do everything?

– From my experience with mothers with many children and successful managers at the same time: do not look for heroes in this picture – selfless women who stop horses at a gallop and enter burning huts. I’ll tell you a secret, many people sometimes get the feeling that they can’t make it there or thereabouts – at such moments, it is useful to take a break. I believe that in order to balance things out, we need to prioritize tasks. The management skills I use at work, I also use at home in terms of scheduling, internal organization, and effectively distributing the children’s workload.

Before the pandemic, I spent 80% of my time on business trips, somewhere at playgrounds (the 50/50 shift has its advantages in comparison to that), the kids have busy schedules too. But when we spend time together, we don’t sit in gadgets, we communicate, play board games, go for walks, i.e. we are really together.

Taking care of a child is also work, and it is the hardest: you cannot take a break or leave your workplace at 6 p.m., and you do not get paid. Women do not consider it a job, they take it as a duty. But we need to change the view of what a woman does, and cast a sense of duty. Yes, the mother must raise the child, but at the same time not accuse him then, that all his life has devoted only to him. No child needs it, and they don’t ask for it – it’s important for a child to see a happy mother who loves her job, who develops and leads by example. I want to believe that my children can see from my example that an interesting job is great – when you go to work with pleasure and return home with pleasure.