"Despite the weather conditions, whether it's rain or frost, surveyors have to do their job"

Tatyana Morozova, technician-cartographer of Polyus Magadan, has been in her profession for more than 35 years. Love for geographical maps manifested itself since childhood, and the search for cities and countries on the map has become a favorite game of little Tatiana. This determined the future profession.

What are your responsibilities?

I work in the surveying department of Polyus Magadan. My responsibilities include maintaining cartographic documentation, creating and compiling a digital model of the terrain. It is necessary to monitor and apply daily changes in the state of the quarry. Prepare information and review plans for the mine. With the introduction of new technologies, the volume of work also increases. After the implementation of the Wenco dispatching system at Natalka, my responsibilities have expanded significantly. Daily work in the quarry changes the state of the terrain, this should be displayed on the monitors of special equipment. Loading and unloading changes, as well as creating graphical plans for reports, is part of my responsibilities. 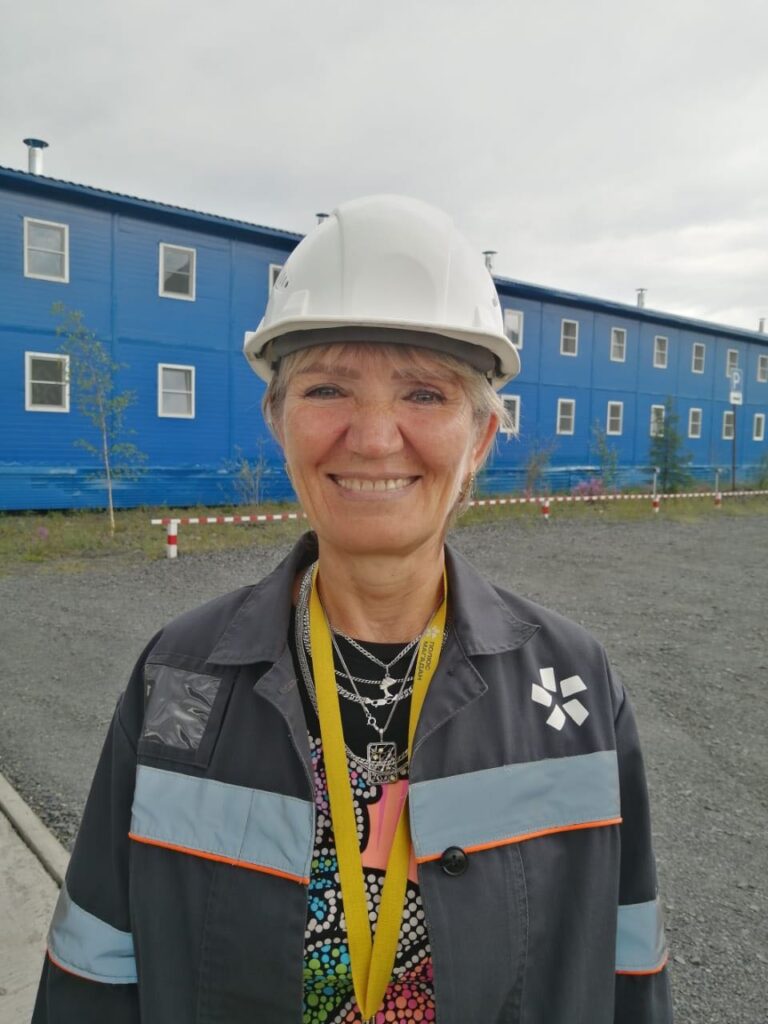 My work is very interesting and diverse. You constantly have to learn something new. Life does not stand still: new programs, new requirements. I’m interested. And the knowledge that I contribute to the work of a huge team is very impressive to me.

Why did you decide to devote yourself to your chosen profession?

Since childhood, she loved cards, her favorite game was to lay out a map of the world and look for new countries and cities. And when during my studies I first saw a three-dimensional image of the area from aerial photographs, I simply fell in love with my profession. Now, with the development of technology, space maps in a 3D image seem commonplace, and then it became a real miracle for me.

How did you become an employee of Polyus?

I joined Polyus Magadan in March 2017 and every year I celebrate this event. Prior to that, I worked for more than 30 years at JSC “Aerogeodesy of the North-East” in the city of Magadan. That was my first job. After graduation, I was assigned to the city of Magadan in Enterprise No. 15 of the GUGK, then it was called so. I liked everything at once: the city, nature, and people. Northerners are a special people, there is a spirit of adventurism in them. And I’ve always been raving about travel, long hikes. At first, she was engaged in cameral work, stereo drawing of maps of large scales. In 2006, the company signed an agreement with the Mine. Matrosova (the former name of the company “Polyus Magadan”) to create a topographic basis of the area. The scope of work was very large: from aerial photography to the creation of digital maps at 1: 2000 and 1: 10,000 scales. That was the first time I got to the mine. She was engaged in planning and high-altitude binding and deciphering the terrain. Then there was a large amount of cameral work. In the years that followed, I repeatedly performed work for the mine. It was an update of the topographic plans, and a new survey for construction.

In 2017, a crisis occurred in JSC “Aerogeodesy of the North-East”. The question arose: what to do next? Magadan did not let go. I could not imagine myself without fells, ski trips along the passes, without the harsh Sea of Okhotsk.

And here it is, a happy accident! I saw the announcement of the company “Polyus Magadan” about the vacancy “technician-cartographer”. I responded, and my candidacy was immediately approved. At first, it was difficult, as everything changed: the mode of work, responsibilities, social circle. But at the same time it was very interesting! It is interesting to observe how the quarry is changing, modern powerful equipment is emerging, new technologies are being introduced, working conditions and safety are changing.

What can you tell us about the people you work with?

I got into a young and friendly team, sincerely rooting for their work. Despite the weather conditions, whether it’s rain or frost, surveyors have to do their job. It happens that the device fails due to low temperatures – you have to warm up and go out to shoot again. Technologies are changing, new software is being introduced – you need to constantly be aware of events and new opportunities. And the guys are great at it! I like to feel involved in one powerful body of the mine. And, of course, the most valuable thing is people. People from different angles where you can study geography. Here, as nowhere else, you understand how huge our country is.