"I can boast that I chose my specialty precisely because I myself wanted to. And I am completely satisfied with my choice" 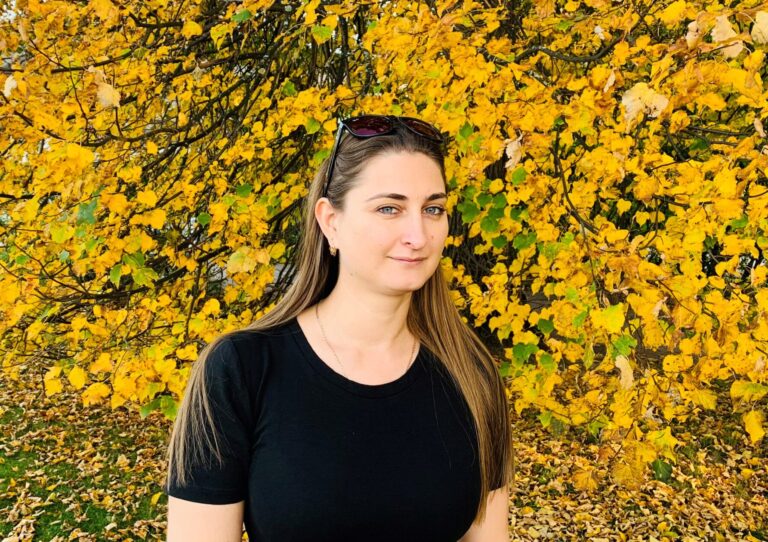 Anna Bogoslovskaya spoke to WIM Russia right after she moved to St. Petersburg: she was transferred from the position of Leading Geomechanical Engineer of the Magadan branch of Polymetal to the company’s head office. In an interview, she talks about how, since childhood, she has been pursuing her dream of becoming a geologist, and about the responsibility that lies on the shoulders of a geomechanic.

– Transfer to a management company is a good career growth, congratulations. What will you be doing in your new capacity?

I am a geomechanical engineer, I will continue to work in my field, but only on a larger number of objects and with slightly different, more strategic tasks.

– If it’s not a secret, did you move with your family?

– We still have a small family, we moved with her husband. He continues to work on a rotational basis in our company in the Khabarovsk Territory. I also started working in 2014 on a rotational basis – in the Magadan region, there is a rotational camp. And in 2019, I had a promotion – I was transferred to the city of Magadan itself, to the Magadan branch of the management company. And for a year my husband and I lived in Magadan, he went on duty from there.

– That is, you and your spouse are not accustomed to living separately.

– Well, of course, we are already used to it. In addition, we initially knew that life would be like this: I am a geologist, he is a geologist (or rather, a driller, but a close specialty).

– I know that you had experience of mentoring. What did this experience give you, did it come in handy in the future?

– When I was a mentor for the first time, my ward and I had a slight age difference, and it was a little unclear how to behave, especially since we were on equal positions in the company. But he turned out to be a very good ward, understood the situation, and the experience turned out to be successful. And I was very drawn to it, because it taught me, let’s say, how to help correctly: when you just need to point out a mistake, and when you need help, to do something together. How to distinguish this, I began to understand better over time, I had more experience in mentoring later.

When I worked at one of the mines in the Magadan region, still on a rotational basis, I was allowed to create a small geomechanical service, recruit specialists myself and train them. And then the experience of mentoring, the ability to work with people was very useful to me. Of course, the skill of working with people can be polished indefinitely, but there were no bad reviews, it seems.

And I really enjoyed working with people. After all, all people are different, and you not only teach them, but you yourself also learn something. Especially among the younger generation. When the students came, we already had a decent age difference with them, we studied with them at different times, and they told a lot of new, interesting things, they had a completely different attitude, for example, to geographic information systems. There is something to learn from communicating with them.

Before moving to St. Petersburg, under my, not to say, direct leadership, but under supervision there were more than 10 people.

– Tell me in simple words, what does a geomechanic do?

– Quite simply, he must plan all kinds of activities that will increase and maintain the safety of mining, but at the same time, mining remains economically profitable. That is, the task is to find such a mining method that would be safe to work, but at the same time we did a full-fledged excavation, we didn’t lose anything. We present all sorts of options for how to ensure security, and technical leaders rely on our recommendations. We give recommendations on fastening, on the choice of mining system. There are a lot of nuances and subtleties, recommendations are supported by calculations, justifications.

– In terms of safety, do you feel personally responsible for the people who descend into the mine? How significant is this for you?

– Are there many girls among geomechanics?

– No, not much. Both in our company and with partners. For all the time, only one girl worked with me, and then not for long (she left for personal reasons, it was not possible to work on a shift). And for the most part men.

– Who do you need to study to become a geomechanic?

– A geomechanic is such a versatile specialist, in fact, who must have knowledge in mining, geology, and mine surveying. You will not find a separate specialty “geomechanics” at the university, this is already a re-profiling in the last courses of study, in graduate school or in production. Most often, geomechanics become geologists, then mine surveyors, and, well, miners.

Are you a geologist by training? Where did you study?

– I am from Kazakhstan, I studied there and started my career. I studied at the East Kazakhstan Technical University in the city of Ust-Kamenogorsk, my education is geological.

– Did you have any predisposition to this specialty since childhood?

– Yes, I really wanted to become a geologist since childhood. I was inspired, probably, at one time by a school teacher of geography, and the subject itself interested me very much. When we went through the formation of the planet, how the earth’s crust was formed, all these processes, I was very interested! Maybe just the teacher somehow presented the information in such a way that I was hooked and then it became interesting. Then it became interesting for me to watch films about geology and read books.

How did your parents react to this choice? Didn’t the prospect of your expeditions and trips frighten you?

– Mom was categorically against me going into geology (dad, unfortunately, was gone by that time). I had a choice: go to university after 11th grade or go to college after 9th grade. After the 9th grade, I wanted to go to college to study geology – to unlearn faster and start working faster, besides, in our city there was a good college with strong production teachers. My mother and I argued, even cursed, as a result, she did not let me in on the pretext that I was small (I was 14 years old), and it was a long way to go to college. In fact, she just hoped that in two years I would come to my senses and go to medical school. We have three girls in the family, and my mother really wanted at least one of her daughters to go to medical school (none of them, of course, went). The medical academy in our city is very serious, and my mother thought that in two years I would understand how cool, elite it is.

But no. After the 11th grade, I still went to geology. And it so happened that I did not go to apply to the university with my mother, but with my older sister. I didn’t go to the medical academy anymore, because I took geography as an elective exam, but my mother was sure that I would apply for some kind of cadastre or some other such specialty, but not for geology. But my sister and I talked, I explained that, well, I don’t want to study in any other specialty except geology. And she says: “Let my mother kill me, but let’s go and apply for geology.”

– Have you ever regretted it?

No, honestly, never. I can boast that I chose my specialty precisely because I wanted to. And completely satisfied with my choice.

The interview was prepared for publication by Interfax correspondent Olesya Elkova