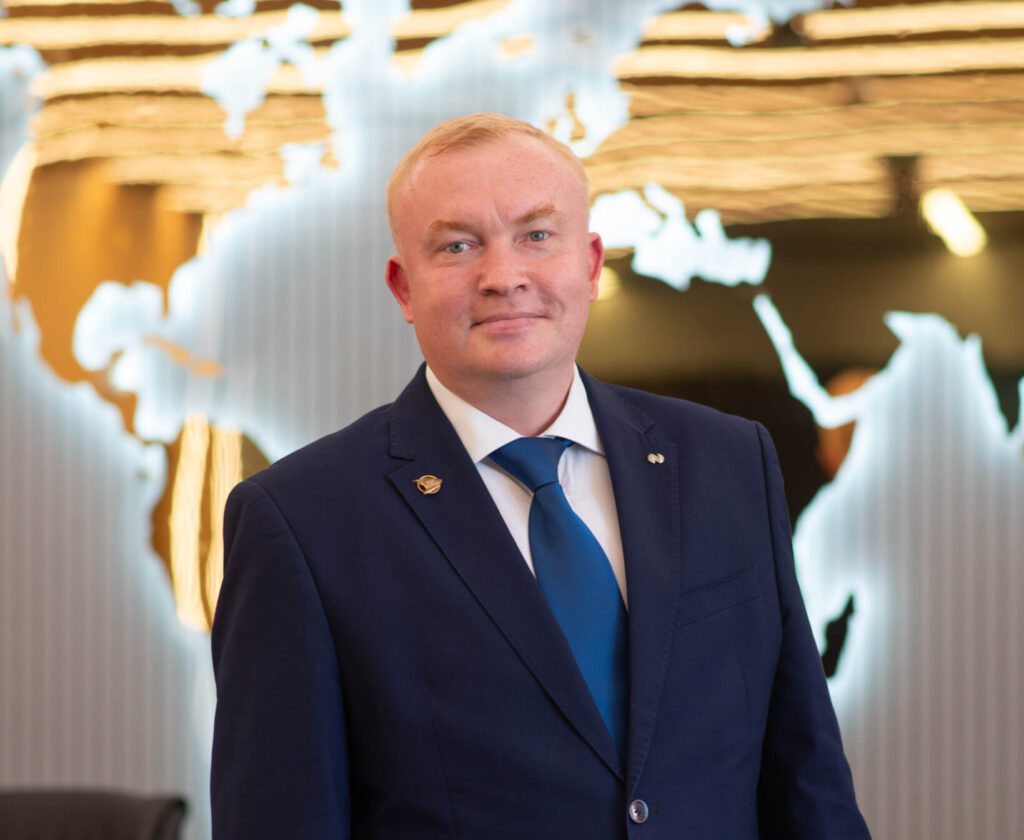 "I wanted girls in the team. They discipline men"

Alexander Lisoy, General Manager of the Environmental Safety Department of Norilsk Nickel MMC, in an interview with WIM Russia, talks about the tasks and projects of his team, as well as about his new experience – working with girls.

– Alexander Nikolaevich, is it true that you have only two girls in your department and two groups? Do you have such a harsh man’s job?

– We have only 12 people – 10 men and two girls. And no, on the contrary, we have such work when we need to involve people more in the processes. Previously, I did not work with women, but I wanted girls to be in the team. Firstly, they somehow discipline men. And we, since we are engaged in the improvement of production activities, need to be an example for everyone. And secondly, probably, the wrong thought was that there is work that men will be bored with: organizational, paperwork – maybe the girls will take care of it.

– I was definitely wrong about this. At least judging by my girls.

Daria Ermakova (Chief Operating Systems Specialist, claims the award “Talented Woman in the Extractive Industry” in the nomination “Personal Achievement of the Year. – Editor’s note) I noticed from the work of the “Factory of Ideas”. This is a project in which any employee can submit their proposals, the best of them will be implemented. Dasha has always been an active participant. And then she came to the “Steps to Success” training for young, active, caring people. I noticed that she is a person with an active life position, who is passionate about production, for the city in which she lives, who is not indifferent to what is happening, intolerant of injustice.

And Sasha (manager of the group for the formation of the management system of Alexander Nikolaev, nomination “Leader of the Future.” – Approx. ed.) is generally a “lighter”! She is bursting with energy that needs to be channeled in the right direction. The first time I met her, when I was teaching participatory leadership, she herself came up and said: “I want it! Everything that is here, I like it!” And when she came to the team, it was an explosion, a bomb! She has a lot of ideas: “Let’s do this, let’s do that!” And a person does not just offer, but takes and does. Any videos involving “chips”. Sometimes you even have to restrain her impulses, because emotions sometimes get in the way of common sense, and lean manufacturing is still a tool based on common sense.

– But in the end, did the girls live up to your expectations, did they discipline the men?

– Oh sure. At least judging by the culture and order in the office. In general, they became the drivers of our team.

We have such a situation this year: we were diagnosing the potential for improving efficiency – a fairly large project that required the diversion of large resources. In fact, all my guys were brought to this job. And Dasha and Alexandra picked up the processes of lean manufacturing and did not let them sag. You know, as if the men all went to the front, and the girls took over the rear. And I am very grateful to them for this. It must have been a small feat. When Alexandra and I went on rounds on the 5S system, which she took control of, I was simply amazed: how this little fragile girl convinces healthy men that there should be order in the workplace. I stood and thought: “Wow!”

And Daria took on the project “Factory of Ideas” and so scrupulously approached everything, correctly organized technical councils. She was demanding – that’s what I like about her: when ideas were sent for revision, she constantly pulled the leaders, pushed, because she was not indifferent to the fate of these ideas and the entire enterprise.

– What does your team, the department for improving production activities, do in general?

– There is no such area where we do not take part, since we are the main drivers of the development of the production system, and the production system is everything that the company has: processes, projects, relationships with colleagues and customers. Our task is to make the company better today than yesterday, and tomorrow better than today. With efficiency tools or lean manufacturing tools.

– I remembered the fashionable word “kaizen”.

– Kaizen is constant small improvements, we just don’t see the point in using a non-Russian word.

– Can you give a couple of examples of improvement projects?

– Probably, I’ll start with an example that I’m proud of. This is a powder plating enhancement project that won the Grand Prix at IPWeek International Productivity Week. The peculiarity of this project is that it is cross-functional, about five related departments worked on it, and the effect was received not by the department that directly implemented the project and incurred the costs, but by the next redistribution. That is, people were engaged in a project that was costly for their division, but they understood that it would be a plus for the company as a whole. It was a super project.

Of the latter, these are relatively small projects, such as reducing the time for preparing for repairs, increasing the volume of shipment from the concentrate shipment hub, a blending project, and digitalization projects. We take part in almost all projects on the site – either as consultants, or as direct participants, or as a link that unites efforts and attracts participants to a cross-functional team. Involvement and communication are very important.

How did you lead the performance improvement team? Have you worked directly in production before?

– I started my career at Severstal and there I went from a simple electrician to a production manager. Then I got an internship in a continuous improvement project. And here, probably, something directly switched over in my head, it clicked in my head: “Indeed, you can work in a different way, not the way we worked before!” It became interesting to me, and I decided to stay. Then I returned to a managerial position in production for a while, then back to project activities. It was accepted in the company that after working in a project, you move into production in order to directly implement the initiatives that were developed in the project as a manager. And then I received an offer from Norilsk Nickel to lead the design work at the Kola MMC, and for three years now I have been working here. We change lives, we change the company for the better.

– You are not the first employee of the Kola MMC, from whom I hear about changing life for the better. Is this a corporate setting?

– Understand that the production system is the whole company. There is no individual person who represents the production system, it is all of us, these are all our processes. Our task is to make them better, to make the company better. To do this, you need to improve processes, improve yourself in these processes, improve your subordinates, train them, develop and involve them.