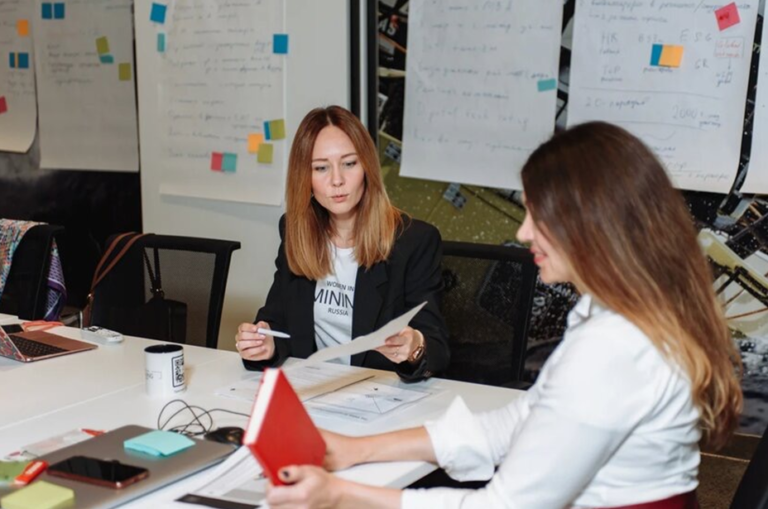 The mining sector has traditionally been male-dominated in western markets, and perhaps even more so in Russia. Maria Lodkina, a young audit manager at accounting firm EY, didn’t think about that too much in November 2013 when she decided the time had come to turn the corner in her career and responded to an interview invitation from the gold-mining company Polymetal International in her native St Petersburg, Russia.

Seven years later, in November 2020, she was recognized by Women in Mining (WIM) UK as one of the 100 most inspirational women in the global mining industry, a development that Lodkina says she couldn’t possibly have contemplated when she started in the industry.

‘I guess I was an enthusiastic and romantic person. Frankly, I found audit a little boring and wanted to be part of a big industrial business’ Lodkina says. ‘I didn’t really know much about mining – I was attracted by its voodoo magic of transforming thousands of tons of stone-like ore into gold by applying chemicals and fire. I know it is a highly impractical and naïve approach to career progression, but I just got lucky with my employer.’

At that time, Polymetal had recently completed its premium listing on the London Stock Exchange and became one of a handful of Russian company constituents in the FTSE 350. Russian equity stories were already frowned upon by some investors as geopolitical tensions intensified. Polymetal’s approach to overcoming investor skepticism and earning its place in the prestigious FTSE 100 index has been to excel in its international peer group by consistently delivering on promises, combining generous dividends with robust production growth and maintaining a world-class sustainability profile.

‘Companies are like people: if you are growing up having to overcome obstacles, proving your worth, it makes you smarter and more open to new experience,’ Lodkina says. ‘That’s the secret behind Polymetal’s success, particularly in its current track record in ESG factors. We started paying a lot of attention before investors did.’

Lodkina, who is now director of financial control & corporate reporting, is part of the team responsible for the company’s ESG reporting, which has been widely recognized by the analyst community. ‘ESG is integrated throughout our business operations and we have comprehensive ESG disclosures, which we present in our strategic reporting,’ she says.

WIM UK considered the company’s industry-leading non-financial reporting when naming Lodkina in its 2020 edition of 100 Global Inspirational Women in Mining alongside two of her colleagues: Tania Tchedaeva and Vasilina Tarabarova. Lodkina’s track record in promoting leadership and social initiatives also contributed to the WIM UK decision.

Last year she kick-started a campaign within her company and the mining sector in Russia to attract and retain more female talent. ‘Over the last few decades, the industry has gone through a major technological transformation that has made it fully accessible to women,’ Lodkina says. ‘The only remaining hurdle for women in mining is cultural. The best companies need to work harder to make themselves more attractive to compete for top talent.’

In late 2019, as she and a few colleagues were talking over lunch in the company canteen, they came up with the idea of launching WIM Russia to promote diversity and attract women to the industry, in partnership with WIM UK and its other chapters around the world. Polymetal’s management team supported the idea and the company became one of the founders of WIM Russia alongside Norilsk Nickel, Deloitte CIS and several other mining businesses.

As a board member of WIM Russia, Lodkina is responsible for setting the strategy and establishing partnerships with other organizations. She says the non-profit has received support from other companies in the mining industry, the media and leading engineering universities across Russia.

WIM Russia has hosted a series of webinars and leadership interviews covering a wide range of topics, including mining careers, operational efficiency, personal finance and time management. Lodkina says it is important to use these leadership events to tell the real success stories of female professionals who have had distinguished careers in mining.

She has also successfully pitched the initiative to integrate diversity into Polymetal’s growth strategy for the future. The company has committed to deliver on the principles of non-discrimination, inclusion and diversity for the board and the company’s employees. This involves increasing gender diversity in every function and working to reduce the gender pay gap. As a starting point, the company provided diversity training for all hiring managers and set a target of having female representation of 40 percent among candidates for management positions. The company is especially targeting the recruitment of women with expertise as geologists, surveyors, technical specialists and managers, roles that are traditionally dominated by men.

‘We believe that by formalizing the company’s efforts we elevate it from a topical conversation to being part of the business plan and strategy,’ Lodkina explains. ‘At Polymetal, we’re playing a leading role and, as one of the largest mining companies, we believe our efforts can be an example to others.’

A leader in sustainability

The inclusion of Lodkina, Tchedaeva and Tarabarova in the 100 Global Inspirational Women in Mining list is the latest in a series of awards and accolades Polymetal received last year.

At the IR Magazine Awards – Europe 2020, the firm took home the best ESG materiality reporting (small to mid-cap) award, adding to the two awards it won at the IR Society’s Best Practice Awards 2020 and the recognition of its annual report in the metals and mining sector at the Moscow Exchange 2020 Annual Report Competition.

Lodkina says that 10 years ago, it was difficult to imagine sustainability becoming the important topic it is today. But now Polymetal reports using the Global Reporting Initiative, Sustainability Accounting Standards Board and Task Force on Climate-related Financial Disclosures standards and frameworks, and is considering using the Task Force on Nature-related Financial Disclosures from 2022 onwards.

‘This is a new reality for financial professionals,’ Lodkina says. ‘You need to make a connection between financial and non-financial information. I believe this is a new role for financial controllers and CFOs: not only thinking about dividends or production or the financial perspective, but also looking at the larger business context, putting it all together to analyze a holistic picture for stakeholders.’

For companies looking to make similar strides in ESG reporting, she recommends forming a cross-functional working group rather than dealing with the issues separately: ‘We have taken practical steps inside of Polymetal in many departments – finance and corporate governance as well as local operations, mine construction and infrastructure  – to work together so that we have a comprehensive process around assessing the risks affecting the company’s sustainable development and integrating that into our overall strategy.’